Decency Be Damned: a seven-day roving writing workshop across Yorkshire, England, hosted by Writers’ Expeditions and Exploring York – from May 21-27, 2018.

SOLD OUT and completed for 2018, but please do contact us if you’re interested in joining our 2019 expedition. Details are just being fine tuned. 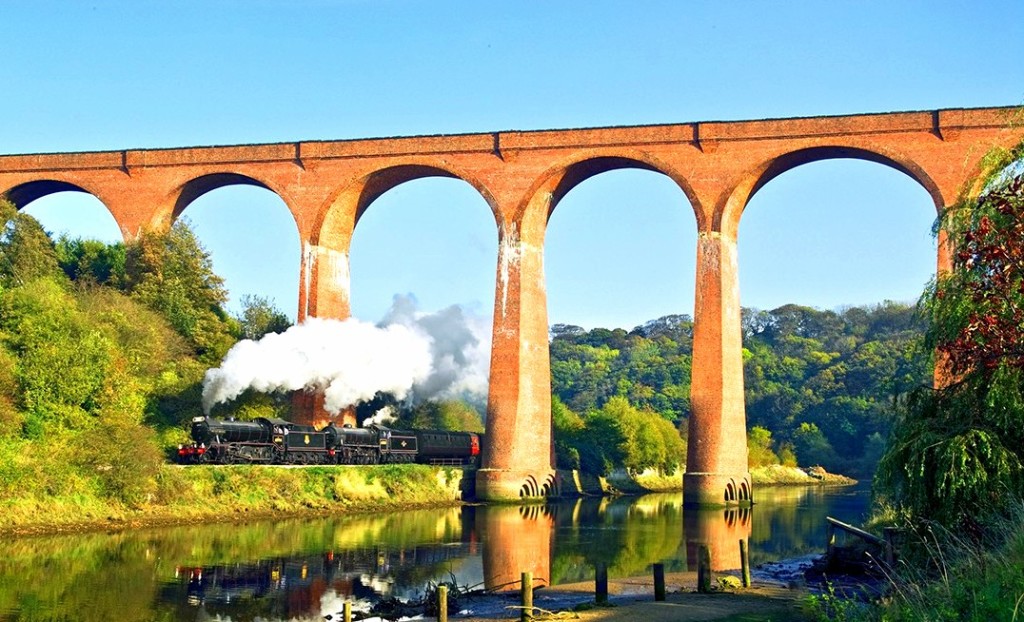 Writers of any genre of fiction and nonfiction: You are invited to leave your safety nets at home and join us for a rollicking week of writing across Yorkshire, where you’ll be encouraged—and enabled!—to go beyond the bounds of decency. You’ll acquire techniques and exercises used by actors on the stage and apply them to the page. With your pen or keyboard, you’ll improvise, method act and perform dangerous feats. Inspiration will be gleaned from the activities we’ve planned and places we’ll stay. We’ll brave a ghost walk in Europe’s most haunted city, devour an orgasm of chocolates, and hunker down in the very hotel where Agatha Christie hid during the national manhunt for her. We’ll plot mayhem at the Guy Fawkes Inn, sample beer made by sixth generation brewers, and feast on the exploits of the Vikings and Romans—of course, all the while, delighting in English countryside, seaside villages, and stately homes.

Writer’s block be damned! Decency be damned! This workshop is a daring adventure of storytelling and writing!

(Scroll down for itinerary, bios of hosts, and prices. This workshop takes a maximum of 10 participants.)

Afternoon: meet & greet at our warm-up writing workshop, in the hotel bar, before we indulge in York’s Chocolate Story. Chocolate has resulted in renown and fortune for York for near 300 years, and this afternoon we’ll learn the artform of the chocolatier and how to eat chocolate too – yes, we’ll receive a chocolate eating lesson.

Free time to write, nap, or visit the pub before our nighttime adventure.

8:00 pm – Ghost Tour: York is home to some of the world’s most notorious ghosts. It was named the most haunted city in Europe, and tonight our guide promises to give us the creeps as he reveals York’s spooky secrets around each dark corner of the cobbled streets.

Overnight at Monkbar Hotel, in York

Morning: after enjoying an English breakfast (or something lighter if you prefer) and a writing workshop, we’ll meander the  streets and alleyways of the walled city with our guide. Roman York became the birthplace of Western Christianity, but the Romans’ achievements were brutally exsanguinated when the Vikings transformed Jorvik into an international trading hub centuries ahead of its time, making Medieval York the capital of the North.

Evening: dinner and writing workshop at the Guy Fawkes Inn. This medieval inn is the birthplace of the notorious plotter, Guido Fawkes.

Breakfast (B), Dinner (D), overnight at Monkbar Hotel, in York

Morning: after breakfast we’ll set out on the York City Treasure Hunt – our quest will take us puzzling along the quirky-named streets around the city’s fascinating landmarks.

Afternoon at Castle Howard: this Yorkshire stately home is one of Britain’s finest. It’s resplendent in world famous art and opulent architecture.

Free time for dinner at your leisure back in York. Our guide will happily make recommendations.

B, overnight at Monkbar Hotel

Morning: breakfast – and then we’ll take the steam train along the North Yorkshire Moors Railway from Pickering to Goathland (film location for the Hogwarts Express), and of course we’ll discuss the success of J.K. Rowling – the whys and hows – and how this relates to stories going viral on the Internet.

Afternoon: we’ll visit the coastal town of Whitby, the birthplace of Captain Cook. Also, it was while visiting Whitby, after an exhausting theatrical tour, that Bram Stoker got inspiration for Dracula. Then it’s up the 199 steps to Whitby’s gothic abbey, culminating in the reward of award winning fish and chips.

Evening: check-in at the Old Swan Harrogate which is surrounded by idyllic English gardens and is just a three minute walk from the spa town’s centre. Our hotel “combines Victorian splendour with contemporary luxury.” It was here where Agatha Christie hid in 1926, resulting in an 11-day national manhunt for her.

Dinner: in the glass-ceilinged Wedgwood Restaurant, at the Old Swan – followed by writing workshop

Morning: after enjoying another English breakfast (or something a little less hearty and meaty if you prefer), we’ll explore Fountains Abbey, situated in a secluded valley. Fountains Abbey is one of the biggest and best preserved ruined (which sounds like an oxymoron) Cistercian monasteries in England.

Afternoon: bottoms up at the Black Sheep Brewery in the quaint market town of Masham. Black Sheep has been at this for six generations. They brew cask, keg and bottled beers and have a great reputation for their experimental brews.

Our brewery tour and tasting is followed by going to a pub for lunch, where we’ll have a writing workshop. 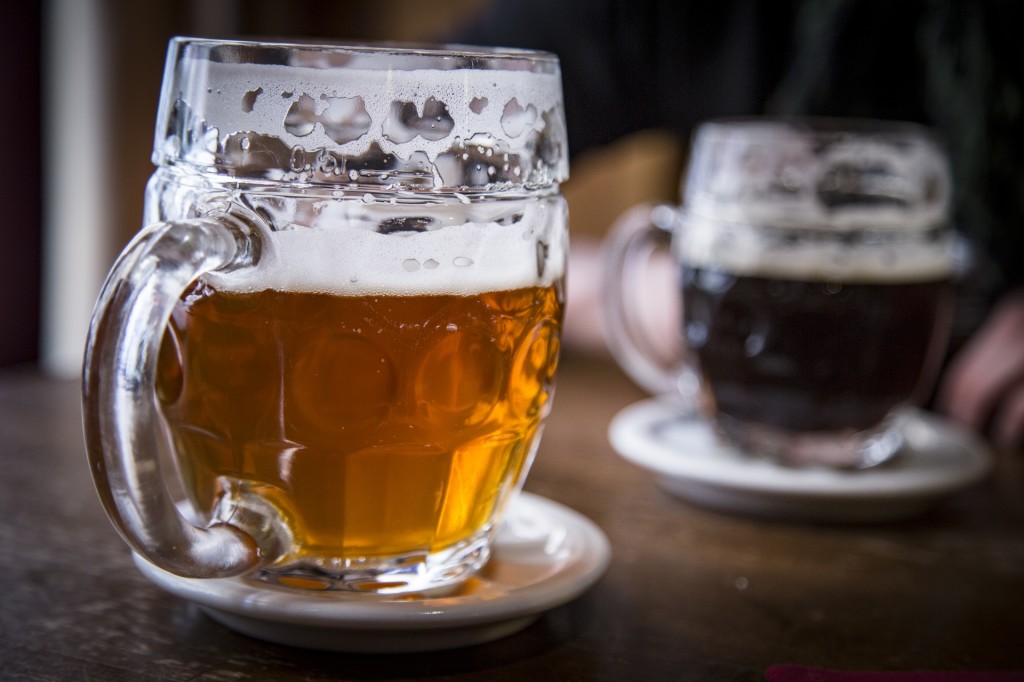 Free time for dinner in Harrogate. 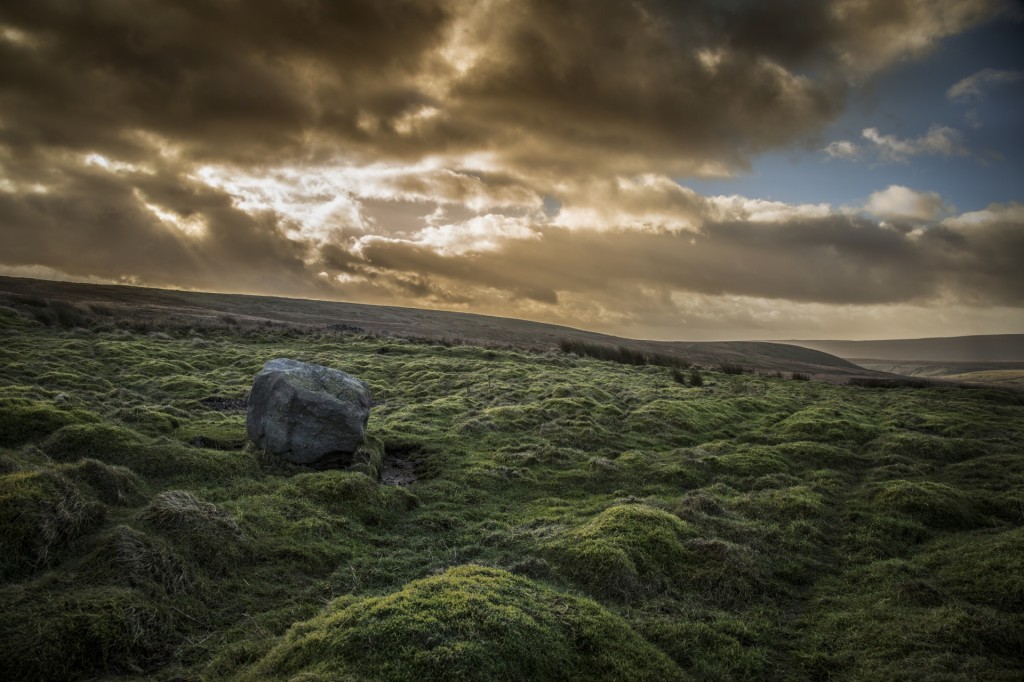 Our daytime workshop will be in a secluded spot in the Yorkshire Dales.

Morning: after breakfast we’ll have our farewell writing workshop and check-out. (B)

BIOS OF HOSTS – FOLLOWED BY PRICES 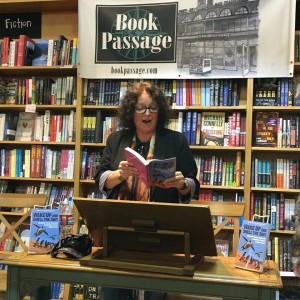 Kirsten Koza (writing workshop host): is the author of Lost in Moscow published by Turnstone and dubbed by CBC radio Canada “the ultimate what-I-did-last-summer essay ever.” Kirsten edited the Travelers’ Tales (USA) humour anthology, Wake Up and Smell the Shit, and read thousands of stories for that book before narrowing it down to the 31 writers she selected for the volume. She’s had over 75 stories published in books, magazines and newspapers around the world and has repeatedly been invited to speak at the American Society of Journalists and Authors annual conference in New York, on the power of social media for writers and making stories go viral.

Kirsten has taught both postgraduate and 3rd year acting at the University of East London and East 15 Acting School (famous for method acting), in England. She did her BA in theatre at Dalhousie University, in Canada, and her postgrad in the UK at E-15. The final production of her postgrad was staged in Yorkshire. Prior to becoming a professional writer, she worked in theatres across Canada and was the Artistic Director of Canada’s oldest professional summer theatre. Her theatre background has had a massive impact on how she writes, and she looks forward to sharing these methods and other tips with you on the Decency be Damned writing workshop, in Yorkshire.

You can read a few of her adventures (published in books and magazines) by following these links, and you’ll probably surmise why the management at Travelers’ Tales publishing house affectionately call Kirsten “the Canadian lunatic”: “Chasing Tornadoes” published in the ninth volume of The Best Women’s Travel Writing books, “The Mountain Men Who Don’t Exist in Kyrgyzstan” and “Hiding the Cannoli in Sicily” both published by Perceptive Travel magazine. 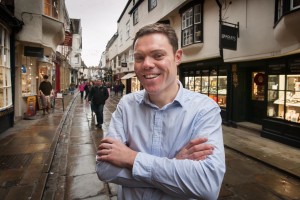 Matthew Greenwood (your local guide & expert): created his tour company, Exploring York, in 2004, out of a love for his native county of Yorkshire and his lifelong passion for travel. He has guided a wide variety of groups ranging from policemen from Sudan to venture capitalists from New Mexico and adores showing visitors from around the globe his home city and county.

When Matthew was a child he wanted to be a hotel manager and had an almost encyclopedic knowledge of international hotel chains. His interest in all things travel continued through life. He says the reason we embark on journeys is for the unknown, to make discoveries outside our realm of imagination. His own travels have circled the planet. A chance-meeting with a charity worker led to a lifetime dream-trip to Rwanda where he walked among the mountain gorillas, something he couldn’t have imagined coming true when watching Gorillas in the Mist as a child. That trip also fed Matthew’s appetite for learning about war and atrocities and how humanity can endure and overcome. This passion has led to him taking self-study trips (what he calls holidays) to Bosnia, Serbia, Cambodia and Vietnam, where he and Kirsten met in Hanoi outside Ho Chi Minh’s mausoleum.

Matthew has a keen interest and knowledge in all aspects of history, British and American politics and world affairs.

The price per person based upon a twin shared room is £1500. If you prefer a single room – there is a £150 single supplement for the entire trip duration.

A deposit of £460 reserves your place. Canadians and Americans can pay the deposit in dollars (CAD and US) – the currency conversion will be calculated on the day you make the payment.

The group size for this trip is just 6-10 participants! Please email Kirsten at info@kirstenkoza.com or kirstenkoza@gmail.com, or message her from the Writers’ Expeditions Facebook Page with any questions you might have. 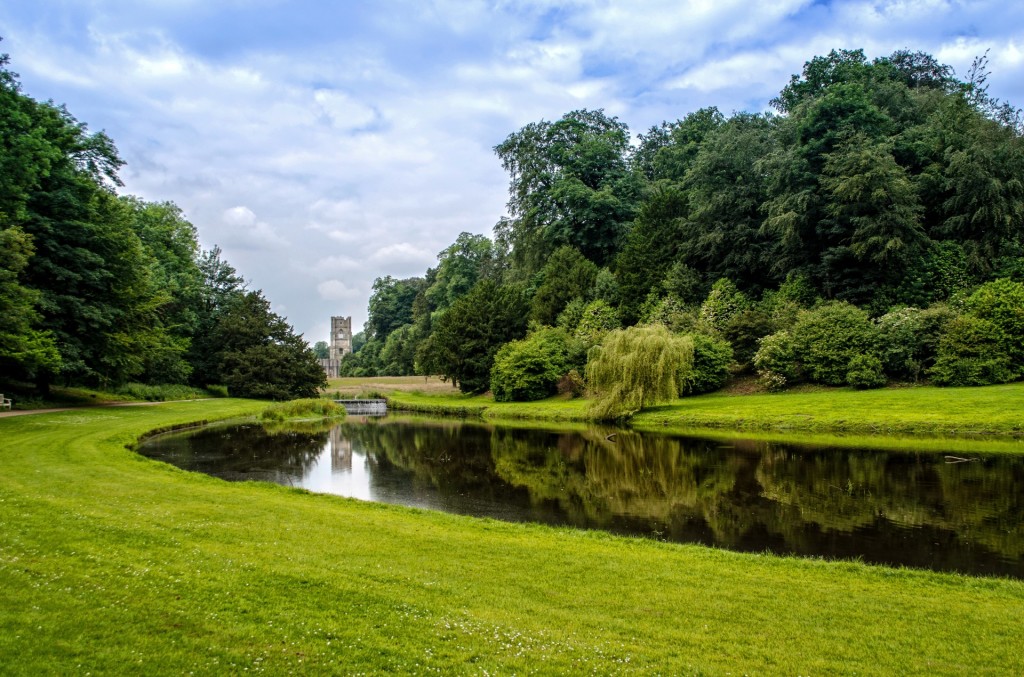 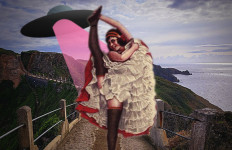