From Leslie Belson of Ottawa, Canada: 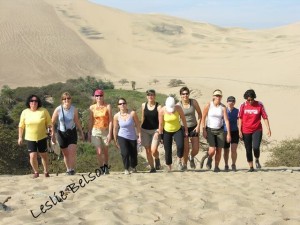 “My first trip with Kirsten, we biked for 3 weeks in Peru. My desire to see Machu Picchu trumped my fears that I had never ever been on a mountain bike before, I was at least a decade older than anyone else on the trip (all of whom were total strangers to me) AND it had only been a year since I had broken my back and jaw. Oh. My. God. The trip was so amazing! The geography, the friendships that developed, the sights, the food, the people of Peru, the surprises….if it had been any better, my head would have burst. I was moved to tears when I reached Machu Picchu (and almost barfed flying over the Nazca lines, but it was SO worth it). I enjoyed myself so thoroughly that when Kirsten suggested a trip to Guatemala 6 months later, I signed up right away even though I had never kayaked before (and I was old and I didn’t know anyone). Now I’m looking forward to travelling with her to Jordan even though I have never ridden a camel before nor flown in a balloon (and Ill be even that much older).”

From Sarah Newman of  Vancouver, Canada

“17 days in Peru with Kirsten Koza will forever be etched in my travel memories as one of the most exhilarating, non-stop adventure trips of my life. It truly was the best of Peru on a guided, yet fully customized adventure. I would join Kirsten on another crazy adventure in a heart beat!”

From Meaghan Riopel of Calgary, Canada 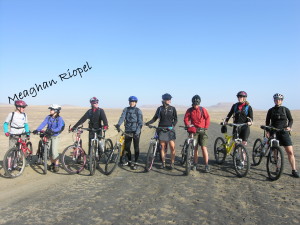 “An amazing trip to Peru led by Kirsten – we met wild horses on our bike path, found ourselves dancing around a bull ring while they released the bulls, stayed in beautiful countryside hotels, ate many local meals, and willingly sat in the filthiest hot springs I have ever seen! Beautiful vistas, new friends, and some solid exercise made for the trip of a lifetime!”

From Saeeda of Tanzania 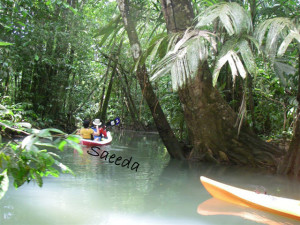 “Kirsten knows how to organize adventure packed off-beaten path trips. I have joined her twice, in Peru and Guatemala. I have had unforgettable experiences where we had a fine balance of adventure, activities, local culture and food, participated in local support project and covered vast distances within a few days. I have followed her writing and her creativity– her imagination and humour are refreshing.”

A riot of recent recommendations made on Facebook, by participants, to their friends: 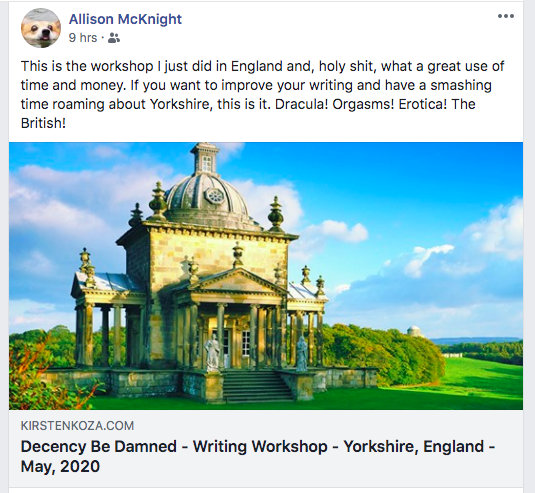 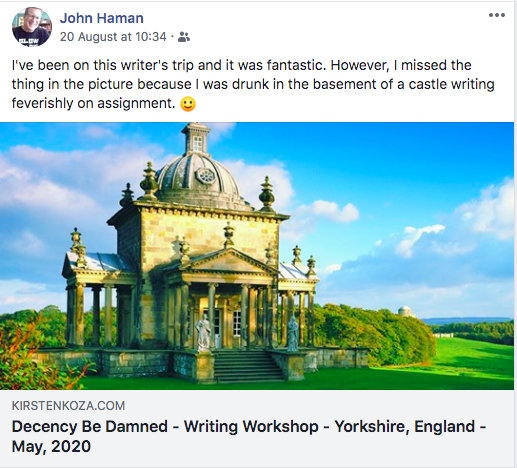 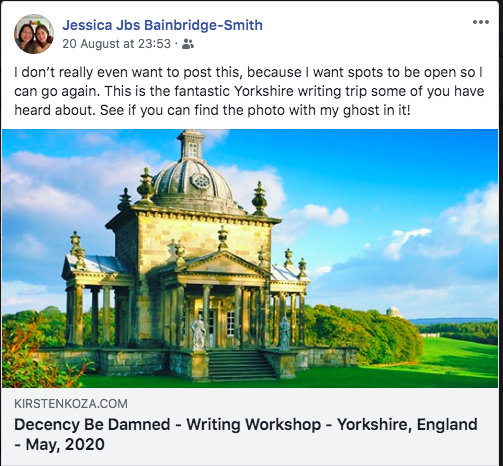 This is the photo that Jessica is referring to in her above testimonial. It was taken at our private battle of the breweries. She’s the one who looks like her photo is in black and white, when everyone else is in colour. 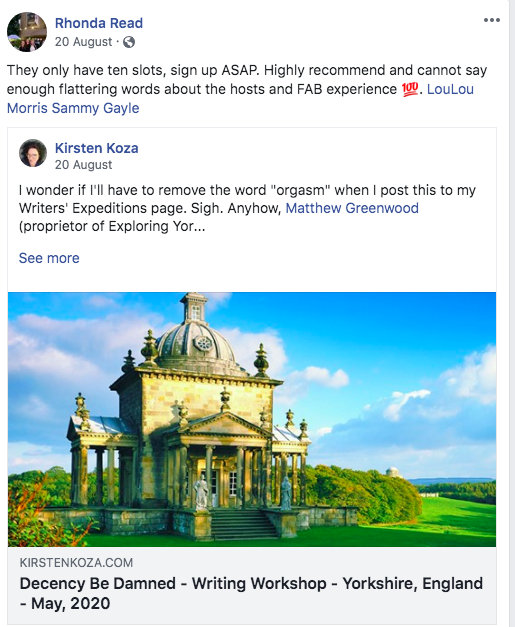