There are books that contain an ultimate moment that for years I read aloud and share with anyone I can find who has yet to experience Bill Bryson watching his expensive meatball roll down the aisle of a train, or J. Maarten Troost’s poo sticks, or Tahir Shah’s panty sniffing launderer of Cusco, but Paula Lee’s Deer Hunting in Paris: A Memoir of God, Guns and Game Meat is an entire book of ultimate moments.

I phoned friends and family and stopped strangers to read Paula’s moments to them: her nose nestled between her boyfriend’s butt cheeks as they train for the wife carrying competition, her childhood dream that Turkish delight is 100% giblets, trying on a camouflage bikini (while ammo shopping) that turns her into both a wallflower and a butterball, and then a wedding day pig roast with a guy nicknamed Smeg— short for smegma.

As I described Lee’s writing to friends, I apologized as I tried not to compare her to Margaret Cho until I reached the part in the book where Lee compares herself to Margaret Cho and there is something Cho-ish in her humor—it’s not just that they’re both Korean, honest:

Perhaps Paula Lee is equally comparable to Stephen Fry except she’s not a tall, gay, British man, but Lee’s book is loaded with juicy trivia worthy of Fry’s QI:

What I wasn’t expecting in this witty romp was a wisdom and way of looking at life and death that would make Deer Hunting in Paris the most personally profound book I’ve ever read. My life-long all-consuming terror of death was bizarrely put out of its misery with Lee’s rational portrait of the inevitable for all of us creatures as she deftly handles flesh for feasting.

Publisher’s Description: What happens when a Korean-American preacher’s kid refuses to get married, travels the world, and quits being vegetarian? She meets her polar opposite on an online dating site while sitting at a café in Paris, France and ends up in Paris, Maine, learning how to hunt. A memoir and a cookbook with recipes that skewer human foibles and celebrates DIY food culture, Deer Hunting in Paris is an unexpectedly funny exploration of a vanishing way of life in a complex cosmopolitan world. Sneezing madly from hay fever, Lee recovers her roots in rural Maine by running after a headless chicken, learning how to sight in a rifle, shooting skeet, and butchering animals. Along the way, she figures out how to keep her boyfriend’s conservative Republican family from “mistaking” her for a deer and shooting her at the clothesline.

Available in paperback and also on Amazon Kindle and from bookstores around the world. (You can see who has it in stock and price compare at Allbookstores.com) 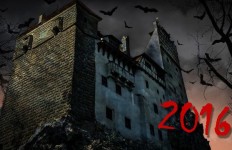 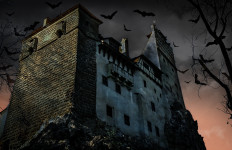 2015 Halloween in Transylvania, Romania – Sold Out→ 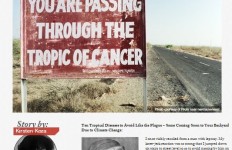